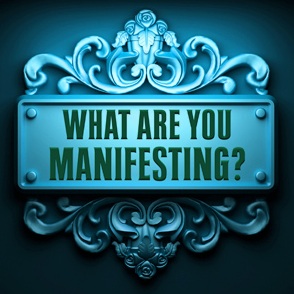 Since my teenage years, I’ve been aware of my amazing powers of choice.  When I made a decision to do something, I did it.  When I decided to move out of my parent’s house at 17, even though I didn’t have a job, I did it.  I had to sell everything I owned to make rent, but it still counts.  When I decided to move to Europe at 18, everyone said I would never be able to do it.  After all, I had no money.  I got a live-in nanny job so I didn’t have to pay rent, saved my money and moved to France.  At 23 when I decided to get clean and sober, once again, most everyone I told didn’t believe it would last very long, that I lacked the discipline.  It’s been over 21 years now and I haven’t touched alcohol or drugs.  When I decided to move in with my boyfriend of 3 months, a lot of people doubted my choice.  “I give it a year, max!”  is what I heard.  I later married that boyfriend and we’re coming up on our 16th wedding anniversary. When I decided to go back to school and get a Bachelor of Science degree, at first I told myself I was crazy.  I was a total science dummy.  It was always my weakest subject at school.  But, I shook off the self-doubt and became determined to finish.  I not only got my diploma, but I graduated with highest honours.  When I decided to quit smoking, for the hundredth time, I was filled with dread for I had been conditioned by society’s belief and my own experience that it would be a nightmare, filled with intense cravings, grouchiness, weight gain, and all the other fun “truths” about nicotine withdrawal.  Then I learned that none of these truths were fact.  They were simply true because I believed them to be.  What if I chose not to have any of those unpleasant symptoms?  What if I believed it would be easy?  I chose that belief and, guess what?  It was easy.  It’s been 3 years and I haven’t had a single craving for a cigarette, I didn’t gain any weight, and didn’t feel a moment’s deprivation.  That’s when it was really driven home that I possessed an incredible power to choose my reality.

I mention all this, not to brag, or to convince anyone that I’m unique, but as a reminder to myself that I can do or have anything I choose.  It’s important that I use this power in a positive way.  It’s so easy to make decisions about myself or my life that are self-defeating.  It’s taken me years and years of practise to gain the confidence I now have in my powers of choice.  I know now, without a shred of doubt, that I choose my reality.  Everything in my life is here because of a choice I made somewhere along the way, either consciously or unconsciously, in this or previous lives.  “But what about the starving children in Africa or the victims of genocide and war?  They didn’t choose that!”, my little voice of self-doubt tells me.  Well, I can’t speak to that as it’s not my current reality.  I was blessed to be born into a life free from these horrors.  However, I do know that by using these stories of world events or the stories of my own personal tragedies in order to gather evidence to support the idea that I am a victim of my circumstances, serves no one.  It doesn’t help me, nor does it put me in a position to help others.

You’ve probably heard the old expression, “Be careful what you wish for…for it will surely happen.”  Well, it’s true.  I create my own story, my own reality.  If I put my energy toward a goal…something I want, it will absolutely manifest in my life.  This is fact.  I’ve proven it time and again to myself.  If I put my energy and thoughts toward doubt, fear, anger or lack, I will produce more of this in my life….manifest destiny.  What I focus on will increase exponentially.  If I place my focus on all the rational, legitimate reasons why I can’t have or do something, then this will be my reality.

What I find curious, is the clinging to negativity we seem to be constantly engaged in.  I clung so tightly to the many negative beliefs I had about myself and I spent a lot of time looking for validation of these truths… and I was proven right every time.  Why was I so determined to reinforce these negative ideas?  It just goes to show how powerful our thoughts can be.  The rationale behind affirmations and mantras is to program your thoughts and energy toward something positive.  I tried this with very little success.  The essential piece, I later found out I was missing, was generating the feeling as if it were already true.  When I recite an affirmation or mantra, but the little seed of doubt is hiding in the shadows, it simply doesn’t work.  If I can imagine what it would feel like if what I wanted to believe or create was already a reality, and intensify that feeling until my vibration matches my imagination, then it does manifest.  I no longer need faith in the power of this practice because I’ve already proven it to myself to be fact.

Today, I choose to spend my energy focusing only on the incredible abundance in my life, and I continue to be astonished as I watch it grow by leaps and bounds.  My wish is for everyone to experience this acute awareness of their own powers of choice and tap into this magnificent energy that will change their lives and, thus, change the world.